There’s a fighter in each and every one of us. The fight that keeps us alive, the fight for change, and the fight that makes us strive for achievement & greatness. In a land of fighters, here we talk about fight club and we introduce to you among the best of the best in the Malaysian MMA scene, they are none other than our very own Tune Talk Warriors. 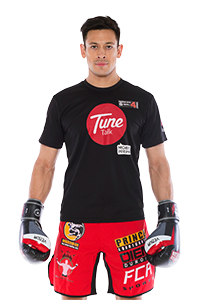 Born in 1981, Peter, an avid MMA fighter and cyclist was working in the financial sector in Europe before deciding to leave his career there to go on vacation in Malaysia, his mother’s homeland. After some months, he got affiliated with the MMA scene such as the professional MMA FC in Asia which brought him both exposure and fame. His Kung Fu background in Wuji Chuan proved to be a good fit into MMA, he had previously learned from his master who trained in Samba wrestling, and Wing Chun from a young age. He also began modelling and acting after relocating to Malaysia which complements his fighting career. 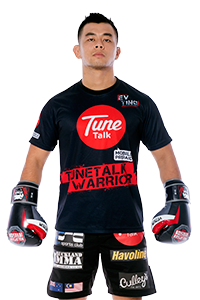 Born in Malaysia in 1989, Ev grew up in New Zealand when his family relocated there. With a passion for MMA since a young age, Ev pursued his passion in combat sports in Auckland MMA gym in 2009. He has fought internationally in Australia, Hong Kong, Macau, and of course Malaysia. Ev holds a diploma in Sports and Recreation, and is a qualified personal trainer. Weighing 66kg and with a height of 173cm, Ev is now a pro fighter and a proud Tune Talk Warrior. 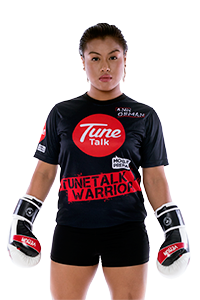 Born in Sabah in 1986, Ann is Malaysia’s first female professional MMA fighter, she is also often called the Malaysian MMA Warrior Princess. With an interest in martial arts, Muay Thai in particular, Ann wanted to change the perception of MMA as a man’s sport. Now, she serves as an inspiration to many by being a motivational speaker, and business owner of a fitness center and a recreational adventure company. Ann urges aspiring female fighters to work hard and listen to their coaches, to always improve and to aim higher. 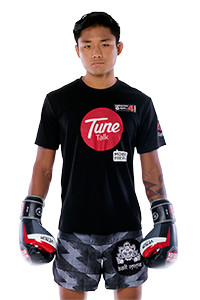 Born in 1992, Gianni who competes in the Flyweight category is Malaysian with Nepali ancestry and is a grandson of a Gurkha soldier in the British Army. The warrior instincts live within him and he believes in learning from the best, that’s the reason he often spends months away from Malaysia training. Gianni is a person who understands humility and truly respects his opponents. “MMA is a sport that practices honour, chivalry, respect, discipline, hard work and skills,” he shares. 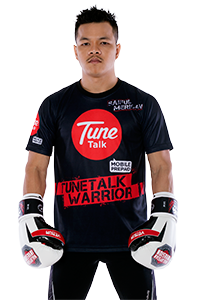 Born in 1988 in Kuala Terengganu, Saiful grew up with 8 other siblings in his family. He was a typical local ‘kampung boy’ who enjoyed playing football and the simpler things in life. Saiful got fascinated with martial arts when he saw how Muay Thai fighter Samart Payakaroon fought in the ring. Inspired to be as good, Saiful trained and ended up going to Thailand to learn from the masters there. He believes in good planning, and it’s a matter of prioritizing he often emphasizes. Saiful owns the Merican Muay Thai Gym in Mont Kiara and enjoys quality time with his family, gym, and a successful fighting career. 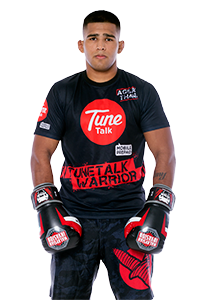 Born in 1995 and more commonly referred to as Agilan Thani, he hails from Sentul, Malaysia and was often picked on by bullies in school for his obesity. He came across an action movie starring Donnie Yen which inspired him to learn martial arts and with training, he gradually loss a significant amount of weight. In his late teenage years, Agilan trained in Muay Thai, Brazilian Jiu-Jitsu, and boxing which led his win in MIMMA Season 2 where he started his professional fighting career soon after. Weighing approximately 80kg and standing at 175cm, Agilan competes in the Welter Weight class in MMA. 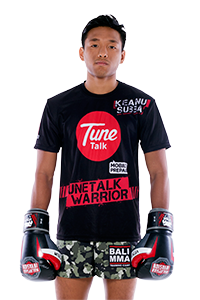 Born in 1994, Keanu believes in “Kaatar Hunnu Bhanda Marnu Ramro”. It is the motto of The Royal Gurkha Rifles regiment which translates to “Better to die than live a coward”, his mantra and motivation. At a young age, Keanu learned Taekwon-Do, Krav Maga, and was an active rugby player in Malaysia before relocating to USA with his family which includes his elder brother, Gianni. Keanu is a MIMMA champion in Season 1 and 2, he competes in the Featherweight category weighing at approximately 65kg. 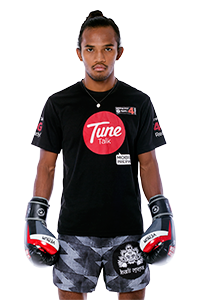 Born in 1995, Aiman, a MIMMA Champion in Season 3 is also called the ‘Jungle Cat’. When he was 15 years old, his family moved from the city to a village in Negeri Sembilan. His classmates were not too fond of city kids and picked on him often which led to frequent fights in school. At 16, Aiman began learning boxing and then MMA soon after. Initially his mother wasn’t supportive and encouraged him to go to college to complete his studies, but he decided to quit before the end of the 1st semester. Today, she is convinced that Aiman made the right decision and she is the manager for her Flyweight fighter. 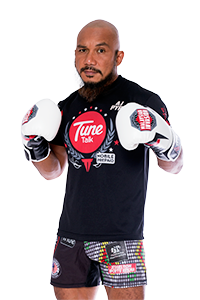 Born in 1975, Sabahan AJ is a true athlete for he was a former national rugby player and national Silat champion in Malaysia. AJ founded and is the head coach for the Borneo Tribal Squad in Kota Kinabalu, Sabah, which is a team of young, developing fighters with a diverse background in Muay Thai, Silat, Brazilian Jiu-Jitsu, Wrestling and Boxing. This Tune Talk Warrior proudly represents Malaysia and is always striving to be a better athlete, fighter and coach. He is always training, learning and competing to stay on top of his game and to be a stronger fighter. “The respect, discipline, and how never to give up, always learning and training. You just always have to look for a challenge. All those good things come from martial arts.” AJ was quoted sharing his wisdom.